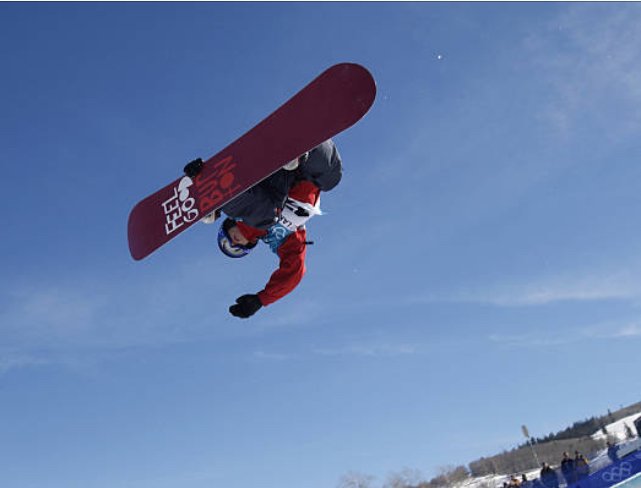 Having or showing dogged determination not to change one’s attitude or position on something, especially in spite of good arguments or reasons to do so.

The word stubborn usually has a negative connotation, but it’s an essential tool that you will need to defeat the enemy to accomplish your dreams. The enemy is the phrase, “You can’t do that.”

When you release your vision, dreams, new concepts, or ideas out of your mouth and into the world, the odds are that you will encounter someone who will straight up say, “You can’t do that.” If you have not had that happen yet, keep dreaming.

After designing my signature model snowboards for Burton Snowboards from 1994-1999, I pitched a new idea: create the first women’s snowboard series with the company. It seemed beneficial to partner with Victoria Jealouse, a fellow Burton team rider and all-mountain freerider. Burton agreed to the concept.

What would we call the line of snowboards? Victoria and I brainstormed. We wanted something different, unique, a word that would evoke an emotion or a feeling about Snowboarding. Victoria said, “Snowboarding just makes ya feel good. Feel good.”

“I love it!” I said. The Feelgood Series–It was settled! We both loved the name because it was different and would stand out–a marketing dream.

Excited, we brought it to the marketing department to get approved. At first, it was a gentle, “Ok girls, great start. Come up with a few other options for names.” We responded that we had a long list of other names, but we decided Feelgood was the best. Why give alternatives when we discovered a keeper.

Next, we heard, “Ok, we asked a selected group to give feedback on the name Feelgood, and the overall consensus is that it’s too sensual sounding, or it sounds too weird.”

The comments surprised Victoria and me, but those were just a few opinions without any claims to back them up. We stuck to our guns.

Another day went by, and the marketing department came back to us and said, “Sorry, the name is already trademarked.”

Victoria and I had a vision of how this name would work, and we weren’t going to give up without digging deeper. Our friends who owned a business researched the name and found that it was NOT trademarked. Instead of backing down, we called out the truth and insisted Feelgood would be the name or… fuhgeddaboutit! (Forget about it! –In a New Jersey accent). Forget about the entire idea of starting this series.

Although the name Feelgood doesn’t quite shock and awe, it was proving to be uncomfortable for people, which was precisely our point for a great marketing tactic. We finally persuaded the marketing team with our reasons, and they agreed to move forward.

Since 2000, The Feelgood Series has continued to be a proven success in the Burton Snowboard line for the last 21 years. Victoria and I designed the 2000 and 2001 graphics together, and then in 2002-2005 I took it over exclusively. Although I haven’t designed boards since I retired in 2005, the series continues to be one of my favorites to ride!

Check out the latest Feelgood Boards from Burton https://www.burton.com/us/en/p/womens-burton-feelgood-camber-snowboard/W21-106911.html

If you have a hard time taking action, watch Mel Robbins discuss her “5 Second Rule ” to focus on what matters and take control over your thoughts and actions. https://www.youtube.com/watch?v=_BNDdamTDak

For inspiration, watch Merril Hoge an ex NFL player whose motto is “Find A Way.” https://www.youtube.com/watch?v=acfmHtq_j2E

CLICK HERE TO SUBSCRIBE TO MY -E-NEWSLETTER: be inspired to push your limits in healthy ways!
Tags:inspirationsnowboardingSports